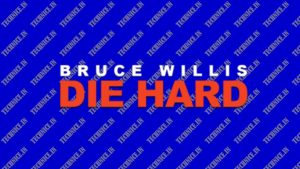 The film begins on Christmas Eve when John McClane comes to reunite with separated wife Holly (Bonnie Bedelia) in Los Angeles at her company’s Christmas party. Holly left to pursue her career with their two children, and uses her maiden name.
At the fictional Nakatomi Plaza, German terrorists
break in and take the celebrants hostage. McClane escapes detection and
hides throughout the building. He kills off the gang and learns their
real aim, to steal $640 million in bearer bonds from the building’s vault. In the finale, McClane shoots the terrorist leader, Hans Gruber (Alan Rickman), out the window to fall thirty stories.

If You liked these films then you may like…

Action, Comedy, Crime
A detective named Axel Foley (Eddie Murphy) hunting down murderers and drug dealers with his own action and reckless style. This series is amazing and you may find the same taste as in Die Hard series.