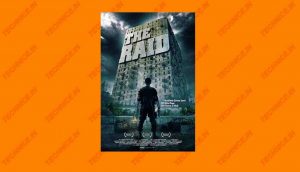 Raid: Redemption is a 2011 Indonesian action-thriller film.
Story: A criminal gang captured a large mansion for a long time, many times Forces and police tried to raid this mansion and to arrest the criminal master-mind but failed. In this film a raid started to do the same, but a traitor officer betrayed the whole team, and they trapped, and then…
Raid: 2 (2014) is the sequel of the same.
If you liked this film then you may find this list more interesting.

This movie has almost the same plot, but the police officer found that his employer killed his father in connection with a raid, who was a honest police officer, and than he joined the criminal group.

This movie is based on a real story about a gangster, and gangster squad of police department, though with some modification and exaggeration. But this movie is interesting to watch with a scent of history.

Probably you have heard about Transporter series, here to save a child hostage Transporter make a tremendous fight with a crime lord, who wants to infect key peoples of government with a virus and to sell the antidote with a large sum.

A military officer betrayed his solders in connection with a hidden project, and then the solders take revenge with the officer.

This movie starts with a beeping bomb timer set at 7 seconds, and after many tricks some criminals fooled the whole police department, and after that one member got a antique painting of high value, other gangsters also want to grab this painting for insurance price showing it stolen, and they tried to murder the person and his army official girl friend who unfortunately messed up with this incident.